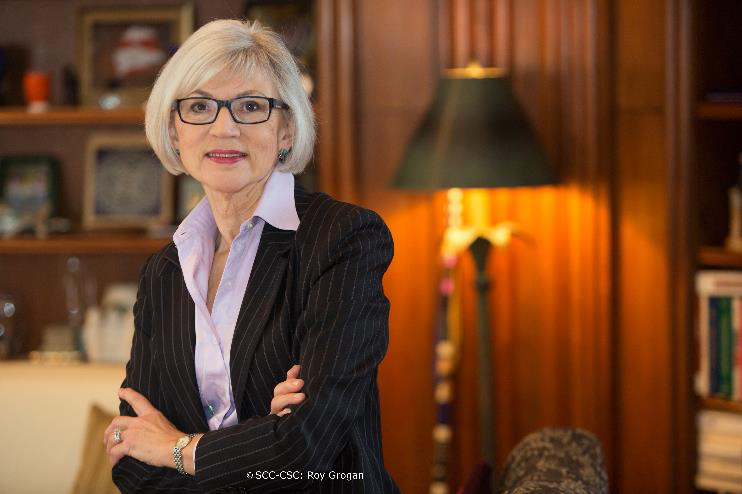 On behalf of the University of British Columbia, I am delighted to extend best wishes to The Right Honourable Beverley McLachlin, P.C. on the occasion of her retirement as the Chief Justice of Canada.

Chief Justice McLachlin was the first woman to hold the position of Chief Justice of Canada and she retires from the bench as the country’s longest serving Chief Justice. As a leading force in legal thought in Canada, she is the author of numerous academic contributions and some of the country’s most transformative jurisprudence under the Canadian Charter of Rights and Freedoms.

In addition to her many judiciary accomplishments, Chief Justice McLachlin has a special connection to UBC as a former member of the law faculty and as the recipient of an honorary degree (Doctor of Laws, honoris causa, 1990).

You can learn more about her, and her ties to UBC, here.

The contributions Chief Justice McLachlin has made are remarkable, and we are very proud to recognize her as a member of the UBC community.