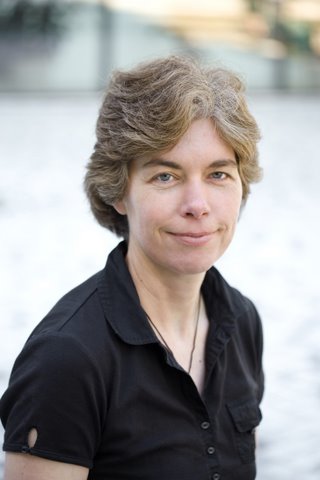 I am pleased to announce that Professor Gail Murphy has been appointed as the new Vice-President, Research and Innovation. She will formally begin the role on August 14, 2017.

Gail Murphy is currently a Professor in the Department of Computer Science and Associate Vice-President, Research pro tem at UBC. She is also co-founder and Chief Scientist at Tasktop Technologies Incorporated.

During her time as Associate Vice-President, Research pro tem, Professor Murphy has successfully led a series of initiatives for the university. She was involved in the strategy and operations of the Research Excellence Cluster initiative, led growing interactions with Microsoft, helped found the Cascadia Urban Analytics Consortium (a joint initiative with the University of Washington) and led efforts to improve research infrastructure, including leading the Advanced Research Computing team.

I would like to take this opportunity to thank the members of the search committee who were instrumental in helping to find such an outstanding candidate. The committee comprised representatives from the Board of Governors, Faculties, senior staff and UBC’s student community. As part of the process, the final candidates also met with 50 individuals outside of the search committee including members of faculty, staff, students and the senior administration.

As we prepare to welcome Professor Murphy, I would like to give my personal thanks to Professor Helen Burt who has acted in the role of Vice-President, Research pro tem since June 1, 2016. Over the last year, UBC has experienced tremendous research growth under Professor Burt’s leadership. She will formally step down from the role on August 13, 2017 and return to her position as Associate Vice-President, Research and Innovation.

Research is a central component of UBC’s mandate as a public university.  The Vice-President, Research and Innovation portfolio supports our research and innovation activities and the work of UBC researchers with strategic information, resources and tools.

Looking to the future, I am excited to work with Professor Murphy in advancing UBC’s excellence in, and contributions to, research and innovation as part of UBC’s strategic plan.

Please join me in welcoming her to this new position.