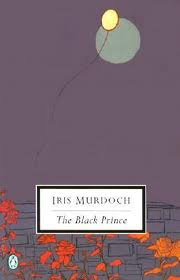 Purely by accident I have recently read three books published in 1973, two by Murdoch (she was quite prolific) and one by Gordimer (see entries for November 2012). All three novels are strongly shaped by the politics of their time, in Murdoch’s case the politics of gender relations, and in Gordimer’s the politics of African independence. I found The Black Prince to be comic despite its subject matter of death and rejection because the central character is one of the most appalling men created in modern fiction. Bradley Pearson is unbelievably self-absorbed and incapable of understanding the needs and desires of others, especially of women. He is divorced (not surprisingly), treats his sister in the most despicable manner, and manages to disrupt the lives of two other women without ever really connecting with either. Yet, as is always the case with Murdoch, Pearson is no caricature. In fact, by the end of the book, you may feel that you don’t know Pearson at all.