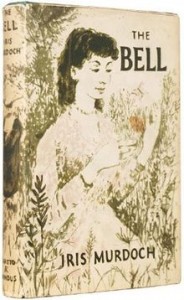 I first began to read Murdoch when I was studying in England in the 1980s and was drawn to her complex characters; no-one is ever good or bad, everyone is an amalgam.  The Bell is no exception, for here we have a religious community of deeply confused people struggling to find a way to live together.  Two outsiders arrive, and they disrupt everything – but that is probably for the best, for the community was always fundamentally unstable.  Murdoch was, of course, a distinguished philosopher as well as being an important novelist, and her books are marked by serious explorations of morality, especially sexual morality.  In some ways, the characters here are a little dated – revelations of homosexual encounters certainly don’t “shock” as they might have in 1973 – but the underlying concerns of how to lead an honest life and how to be fair to people around us still matter.