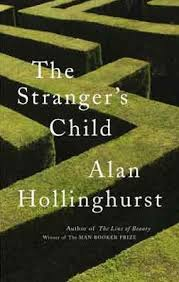 Hollinghurst burst onto the literary scene with a pair of acutely observed novels, The Swimming Pool Library and The Line of Beauty, the latter winning the Man Booker Prize in 2004. Both captured the oddly mixed flavour of excess and despair that marked late-twentieth century British society, and both contained much more graphic depictions of sex, in this case gay sex, than is typical for “serious” fiction. A Stranger’s Child is a gentler novel, but one that continues to explore the sexual mores of British society with great incisiveness. Spanning four generations in two families that are intertwined because of a simple visit by a college friend just before the First World War, the novel is also a clever exploration of how literary reputations are built and destroyed, and a chastening account of how biography can so easily get things fundamentally wrong. The UK book trade named Hollinghurst its “author of the year” for A Stranger’s Child.