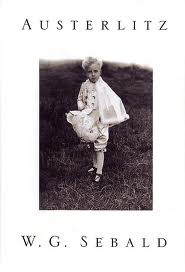 A world masterpiece, in my view.  Sebald was a German academic who spent most of his career in the United Kingdom, where he grew tired of the rigidities of scholarly writing and turned himself into one of the most innovative “creative” writers in the English language.  Austerlitz contains strong narrative flow but is also part memoire, part travelogue (with grainy and evocative photographs that relate directly to the text), part history, and part literary criticism and philosophy.  Critics have suggested that his influence may come to match that of Borges in re-shaping the novel form.  Although the style is cool, one feels a moving nostalgia as the central character (a German Jew brought to the UK through the Kindertransporte) tries to discover where he has come from, and in the process, who he is.  Tragically, Sebald died just after the publication of Austerlitz.