Office of the President
Home / 2021 / March / 09 / UBC and UTokyo – A Relationship Forged Through Baseball, Quantum Materials and Mutual Esteem

UBC and UTokyo – A Relationship Forged Through Baseball, Quantum Materials and Mutual Esteem

reprinted, with permission, from the University of  Tokyo Alumni Magazine

I first met Dr. Makoto Gonokami when I travelled to Tokyo in 2017. For me, it was somewhat of a homecoming, and I enjoyed spending time with my Japanese relatives and experiencing the great food and city life of Tokyo.

But the highlight of the trip was visiting the University of Tokyo. Though it was my first time there, I have many ties with UTokyo. My father, Takashi Ono, and grandfather, Akira Ono both graduated from UTokyo. Three of my uncles and four cousins are also graduates and two of my cousins have taught there. 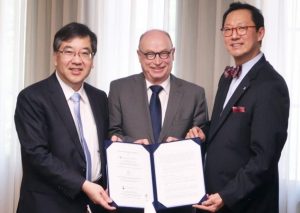 While I was there, I signed a trilateral agreement with Dr. Gonokami and Max Planck Society president Martin Stratman to create the Max Planck – UBC – UTokyo Centre for Quantum Materials. The signing represented the culmination of decades of informal collaboration and created one of the world’s foremost centres for research in the field of quantum materials.

UTokyo is one of UBC’s most prestigious international partner universities and the two institutions have been student exchange partners since 1978. Indeed, Dr. Gonokami told me that UBC is one of the most popular student exchange destinations for U Tokyo students. I assured him the feeling was mutual, and that UTokyo is equally popular as an exchange destination with UBC students!

Over the past three years, we have become friends and colleagues, as our universities also grew closer. The following year, I went back to Tokyo, accompanying the UBC baseball team, which was in Japan for a 10-day, six-game series against UTokyo and other Japanese universities. UBC and UTokyo played two games, with both teams evenly matched.

The baseball rivalry still continues. UTokyo came to Vancouver in 2019 to play UBC and other North American teams, and further games are planned once COVID restrictions are lifted.

As a baseball fan, I’m glad to see this relationship develop between our two universities, but of course, we have other ties as well. UTokyo, under the leadership of Dr. Gonokami, has been positioning itself as a major international institution, advocating for stronger international higher education alliances. Through his support for the Association of Pacific Rim Universities, The Max Planck-UBC-UTokyo Center for Quantum Materials and other initiatives, he has shown inspired leadership in fostering global knowledge cooperation. 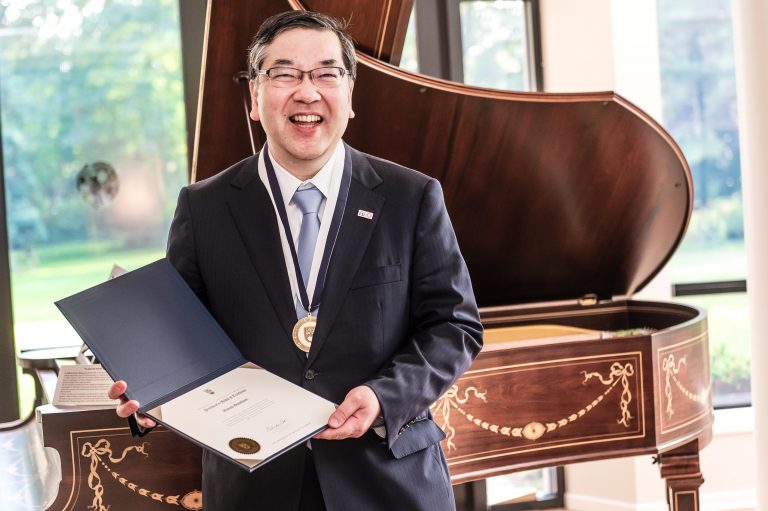 Two years ago, I had the privilege of presenting him with the UBC President’s Medal of Excellence to honour his international education advocacy. He has truly put UTokyo on the international stage, and I am honoured to consider him a friend.