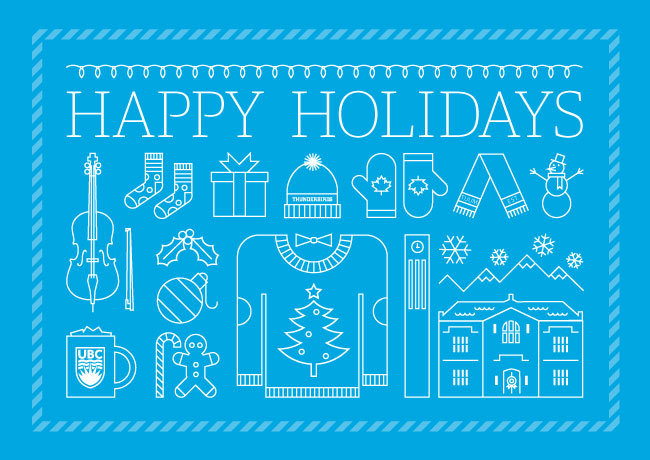 December is traditionally a time to reflect back on the year that was and to look forward to the year to come. Looking over my blog posts over the past year, I’m struck by UBC’s many accomplishments in 2017:

Of course, much of what happened at UBC in 2017 didn’t make it into my blog – such as the opening of Brock Commons Tallwood House, the visit of the prime minister and his caucus to UBC Okanagan, the opening of the School of Public Policy and Global Affairs, the celebration of alumni UBC’s 100th anniversary, and the Beyond #MeToo and #IWill: Changing Workplace Culture discussion panel.

The coming year promises to be a memorable one as well. Check this blog for news about the implementation of the strategic plan, the opening of the Indian Residential School History and Dialogue Centre, and of course graduation ceremonies and orientation events and much more news and events.

I wish all the members of the UBC family a joyous holiday season and a wonderful year ahead. And thank you for making this university great.