The Learning Exchange: Engaging UBC with the Downtown Eastside 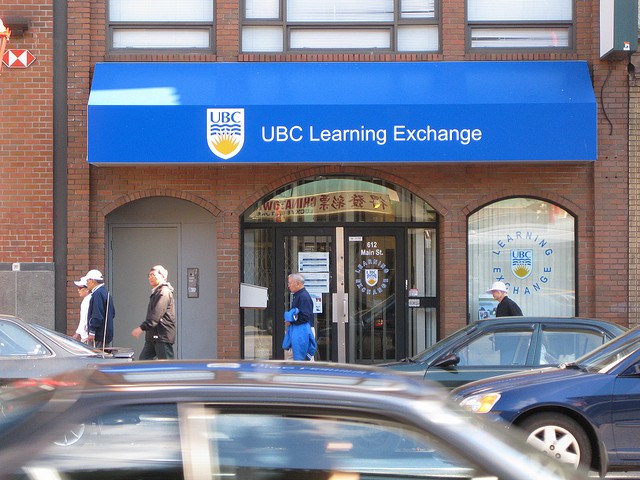 The Learning Exchange is located on Main Street, near Keefer, far from UBC’s Vancouver campus. Its mission is to engage, inspire and lead two very different communities to work and learn together: The University of British Columbia and Vancouver’s Downtown Eastside (DTES).

The DTES is known as one of the most caring communities in the city; is the historic heart of Vancouver; has the largest portion of artists; and is situated and linked to the City’s founding Indigenous communities, including the Musqueam, Tsleil-Wauthuth and Squamish peoples.

More than half of the residents of the DTES are dependent on income assistance support, pensions, or charitable and social services. Many of the residents are considered vulnerable because they experience greater risk to health and well-being than the population as a whole. These groups include low-income singles and families, sex workers, drug users and people with disabilities or mental illness. Besides poverty, they face challenges such as safety, adequate and affordable housing unemployment, poor nutrition, a lack of well-being and connectedness, and dependency on social services and charity.

The Learning Exchange can’t solve those problems by itself, of course, but it does offer programs and a safe drop-in environment  where Downtown Eastside residents can expand their  digital literacy and English language skills as well as with their personal development and building social networks.

But it’s not just the Downtown Eastside residents who benefit from the Learning Exchange. The university also gains, as do its researchers and students. The students participate for 6 or 12 months as paid student-staff program assistants or who take part in course-based activities such as practicums, assignments or projects.

I had the privilege of meeting some of those students and some of the Learning Exchange’s patrons on my visit. For example, I talked to fourth-year computer science student Felix Tso who is working with DTES community members on an app  for people in the DTES to find the resources they need, such as shelters, places to shower or eat or even legal aid. I also met William Booth, the DTES Literacy Roundtable coordinator, who is working with Felix on the app and ensuring that it meets the needs of the people who will actually be using it. The app is very impressive (check it out at http://linkvan.ca). 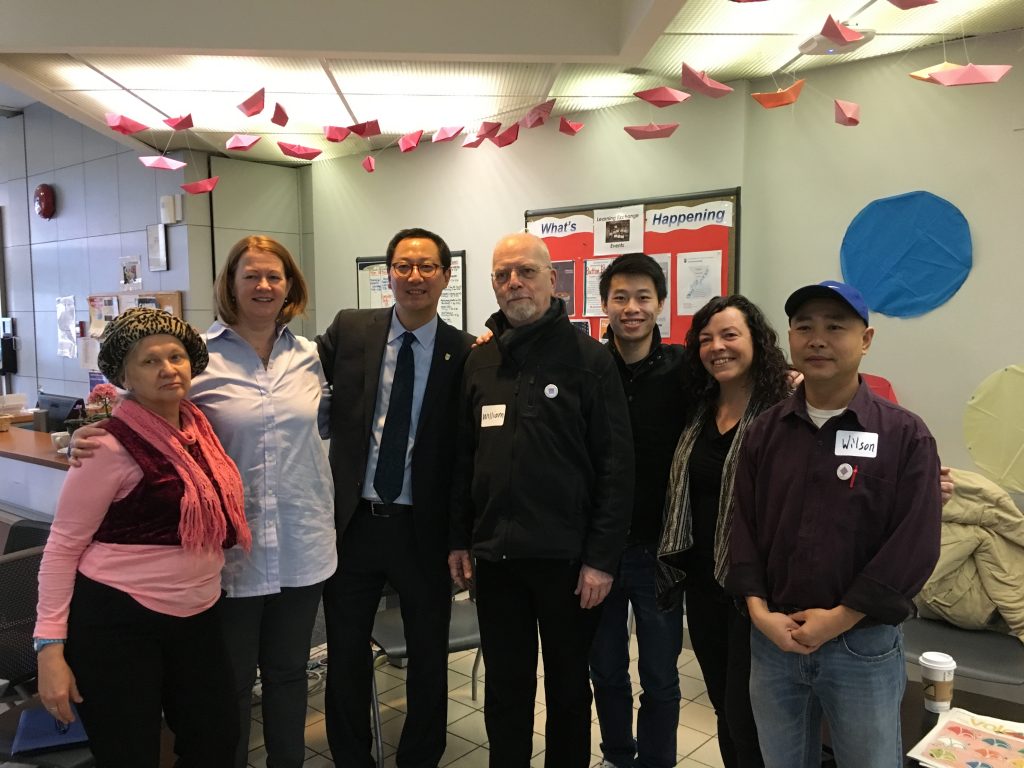 I was very impressed with the “Making Research Accessible” initiative, which was explained to me by graduate research assistant Alina McKay, Kristina McDavid from the UBC Library, and Learning Exchange evaluation specialist Janina Mobach. Over the years, they told me, scholars – including many from UBC – have conducted countless research studies in the DTES. However, the local community feels that little has changed as a consequence of that research – the researchers have benefited, but the community has not.

Part of the problem, McKay, McDavid and Mobach said, is that much of the research is locked behind paywalls – accessible to UBC students and faculty, but not to DTES residents. Much of it is written in academic language as well. To make the research available to the community, the Learning Exchange is setting up a searchable open access repository. The repository already contains over 600 peer-reviewed journal articles and PhD dissertations published since 2010 and a list of 40 primary investigators with active projects in the DTES.

This is just one way in which the Learning Exchange is both part of the DTES community and part of the UBC community, and aims to be a change maker in both places, director Kathleen Leahy told me.

“We find that patrons, students and faculty are surprised by the unusual mix of people at the Learning Exchange, disrupting expectations, including the assumptions they have about a university space in the community.” UBC students in particular comment that they start to think more critically about commonly-held assumptions about the DTES and issues such as poverty, housing and health, she said.

The Learning Exchange not only lets the university and the Downtown Eastside learn about each other, it even breaks down silos within the university, Learning Exchange Academic Director Angela Towle told me. Students from different disciplines who would not normally interact (such as medicine, social work, economics, sociology, counseling psychology and education) are able to share learning, and are encouraged to learn from each other, creating a unique multidisciplinary environment.

“We are able to bring people together who might not otherwise connect,” Angela said.

I was very moved by my visit to the Learning Exchange, and I thank Kathleen, Angela and all the other staff, students and patrons I met there this week. It’s one of UBC’s most valuable resources. If you’re interested in helping the Learning Exchange continue its great work, you can find out more at http://learningexchange.ubc.ca/donate/supporting-the-learning-exchange/