Honour the École Polytechnique Women by Learning About Them

Today, on the 30th anniversary of the attack at École Polytechnique de Montréal, it is my honour to turn this blog over to UBC student Emily Fuchs. Emily is a 5th year media studies and computer science student. She’s passionate about how technology impacts the ways in which we learn and communicate with one another. When she’s not assisting with communications in the President’s Office, she’s catching up on the Good Place and spending time with her two cats, Merry and Pippin. 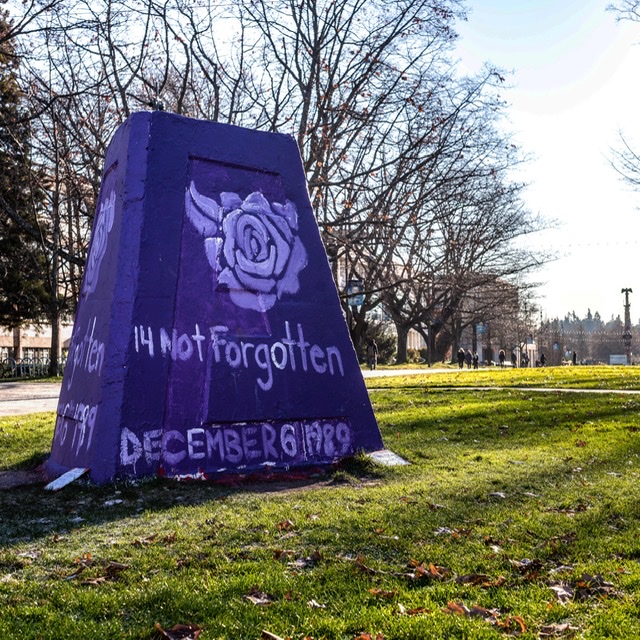 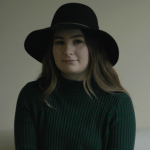 I remember the first time I saw the iconic Engineers’ Cairn. I was in tenth grade at the time taking a tour of UBC’s Vancouver campus with some friends, marveling together at the beauty of Point Grey. I didn’t know what I wanted to study yet, but I am grateful to share that with the encouragement of my friends, family, and teachers, I felt like I could succeed in whatever I chose to pursue. While Engineering didn’t end up being the path for me, I walk past the Cairn almost every day on my trek from my classes at the north end of campus to the computer science building, where I work as a teaching assistant.

When I began my first year of studies, I cheerfully joined in on the tradition of observing various student groups vandalise the Cairn. One day it sported purple, courtesy of the Arts Undergraduate Society, another, the CVC decked it out in their quintessential black and yellow. It was never long, however, before any attempts at redecorating the Cairn were met with a fresh coat of red and white paint. When the last week of classes in December rolled around, I noticed 14 carefully painted names and 14 white roses lain at its base.

Today marks 30 years since the attack at École Polytechnique de Montréal. On this day in 1989, an armed man walked into an engineering class and took the lives of 14 women. “You’re all a bunch of feminists. I hate feminists,” he said, ordering the men to leave. By the end of the shooting, he had injured 10 others. Whether these young women were pursing their education or contributing their talents to the university in a professional capacity, they were killed because they were women. Moments before the gunman began his attack, 23-year-old mechanical engineering student Nathalie Provost tried to reason with him. “Look, we are just women studying engineering, not necessarily feminists ready to march on the streets to shout we are against men, just students intent on leading a normal life,” she said. This did not deter him. Among other factors, the gunman targeted these women because they dared to make space for themselves in a traditionally male-dominated field. We cannot disregard his motivation as we take this day to reflect on the events that took place 30 years ago.

When I took my first computer science course at UBC, I was hit with an overwhelming wave of imposter syndrome. With only a small amount of programming experience, I felt intimidated by many of my peers who already seemed to know what they were doing. While there has never been a time that I’ve felt unsafe at UBC, my gender identity is something that does have an impact on my experience in the field. With the support of inclusive professors and colleagues and a lot of hard work, I was able to excel in the course and overcome the feeling that I didn’t belong in computer science. For the past four years that I’ve been a teaching assistant, however, I’ve had a handful of students question my ability based on the fact that I am a woman. While these students are few and far between and my experience shadows in comparison to the attack at École Polytechnique, they are a reminder of the sexism that still permeates higher education, our country, and the world.

In response to the 1989 attack, Canada established December 6 as the National Day of Remembrance and Action on Violence against Women. Today it is our responsibility to remember the young women whose lives were taken thirty years ago, to remember Geneviève Bergeron, Hélène Colgan, Nathalie Croteau, Barbara Daigneault, Anne-Marie Edward, Maud Haviernick, Barbara Klucznik-Widajewicz, Maryse Laganière, Maryse Leclair, Anne-Marie Lemay, Sonia Pelletier, Michèle Richard, Annie St-Arneault, and Annie Turcotte. It is imperative, however, that we remember each of them as individuals and not just as victims. They deserve to be remembered for their passions, for their ambitions, and for how much they had to offer the world and those around them. One of the ways we can honour these women is by learning about who they were and the potential that was unjustly and violently taken away from them. 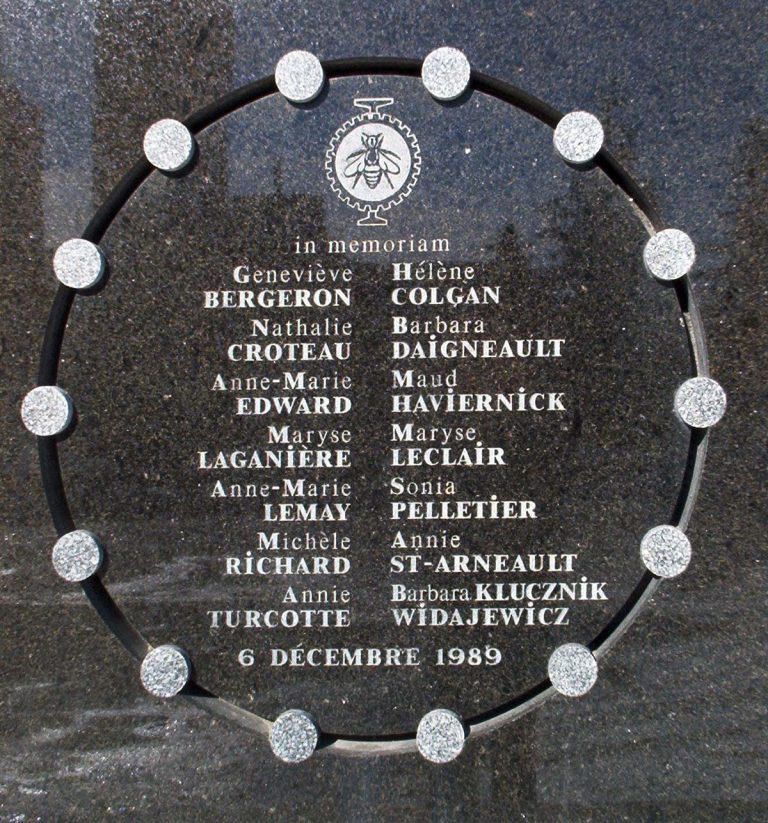 In remembering these women, it is also our responsibility to take action. While intersectional feminists have spearheaded immense progress over the past 30 years, gender-based violence is still a global epidemic that impacts everyone and requires everyone’s effort. The term violence is often used to refer to physical acts, however, gender-based violence includes any words or actions intended to degrade or harm someone based on their gender identity. In Canada, gender-based violence disproportionately affects women and girls, and often intersects with other diverse populations such as people of colour, Indigenous Peoples, and LGBTQ2IA+ individuals.

Taking action requires us to question, call out, and speak up against all acts of gender-based violence, no matter how subtle or insignificant they may seem in the grand scheme of things. When I encounter students who respect me less because of my gender identity, I try to view it as teaching opportunity. It shouldn’t be my responsibility to prove myself to these students, but it is my responsibility as a teacher to challenge their assumptions. If they leave the course with the knowledge and respect that one’s ability and success in a particular field of study is not dependent on gender identity, then I have done a small part in breaking down the ideologies that contribute to gender-based violence.

Here at UBC, our vision is to inspire people, ideas, and actions for a better world. Part of this vision is ensuring that the university is a place of discovery, of learning, and of progress for all people regardless of gender identity. There are a variety of programs and initiatives on campus and beyond aimed at supporting women and gender-non-conforming individuals and tackling the issue of gender-based violence. This year, UBC is one of 14 universities participating in a 30th anniversary memorial event together with École Polytechnique. We invite you to join us in honouring the lives of these young women by taking part in the Beam of Light Ceremony, which will be held at the Chan Centre and simulcast on CBC. Today – and every day – we must strive to create a world where every young person is safe and free to pursue their passions.