The President’s Medal of Excellence: 2019 Recipients 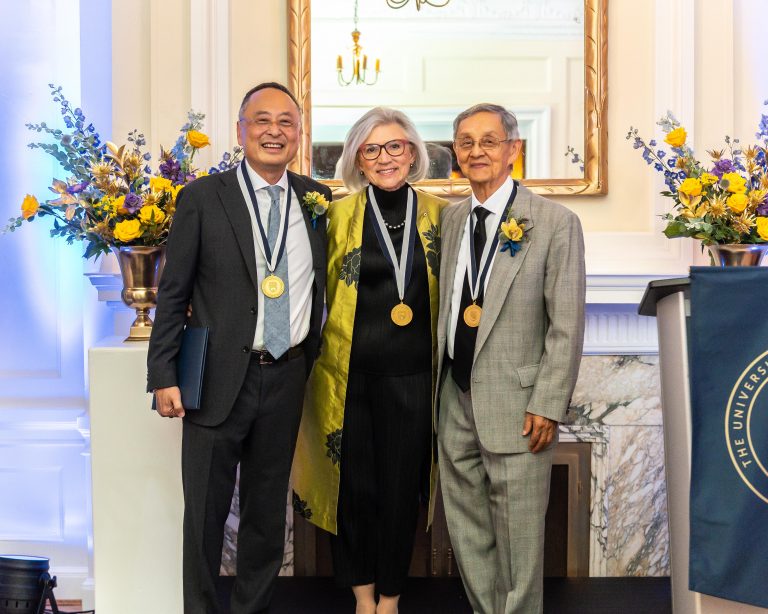 This week I had the honour of presenting the University of British Columbia President’s Medal of Excellence to four of the University’s strongest supporters.

The President’s Medal is awarded to a person who has made a significant contribution to the purposes and ideals of the university. In particular:

The three people we honoured this week – Dr. Gerald Chan, Elder Larry Grant, and Justice Beverley McLachlin – have made significant contributions to UBC, its purposes and ideals. UBC – and the larger community – have indeed been transformed by their service. Originally, we were to honour Dr. Robert H. Lee for his contributions as well, but unfortunately, he could not be with us for the ceremony.

This is the second year that the President’s Medals of Excellence have been awarded. Last year’s recipients were Linc Kesler, Bill Levine, Risa Levine, Jim Pattison and Angela Redish. I’m proud to say that this year’s recipients are equally deserving of the honour.

You can read more about the recipients at https://president.ubc.ca/medal-of-excellence/2019-recipients/. Below, I explain why each of them has received the medal: 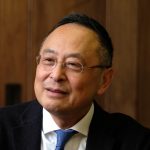 Gerald Chan: The University of British Columbia is grateful for Gerald Chan’s remarkable support of education and cultural understanding throughout the world—and his sage guidance on how UBC can advance innovation in key areas. Renowned as a scientist, a businessman and philanthropist, Gerald Chan has given his time, his resources and his expertise to help enable excellence in research and learning, and to advance a sustainable and just society for all. 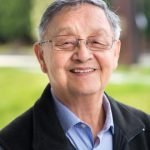 Larry Grant: The University of British Columbia is proud to honour Elder Larry Grant for his tireless efforts to raise awareness of the Musqueam people, their heritage and their language. Larry Grant served as Elder-in-Residence at the UBC First Nations House of Learning where he played a key role in educating others about the Musqueam people. He is also an adjunct professor with the UBC Musqueam Language and Culture Program within the Institute for Critical Indigenous Studies, helping to teach the first-year hən’q’əmin’əm’ [hun-k-uhm-ee-num] language course. Today he serves the Musqueam people as the Language and Culture Consultant. He is a former band counsellor, a grandfather, educator and cultural practitioner. 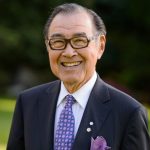 Bob Lee: UBC is grateful for Bob’s support to his alma mater for over 30 years. Bob has served on the Board of Governors, as chancellor, and as chair of the UBC Foundation. He was also instrumental in creating the Robert H. Lee Graduate School at the Sauder School of Business. One of Bob’s greatest contributions was envisioning and founding the UBC Properties Trust in 1988. The trust was among the first in Canada to build market housing on university land to fund its endowment. To date, over $1.1 billion in value has been generated for the UBC endowment. 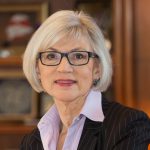 Beverley McLachlin: The University of British Columbia is proud to be associated with Justice McLachlin. From 1974 to 1981, she served as an associate professor at the UBC law school. She was appointed Chief Justice of the Supreme Court of British Columbia in 1988 and seven months later, she was sworn in as a Justice of the Supreme Court of Canada. On January 7, 2000, she was appointed Chief Justice of Canada, the first woman to hold that position and the longest serving Chief Justice in Canadian history. Justice McLachlin has presided over some of the nation’s most important cases. Throughout her illustrious career, she has striven to ensure the primacy of the rule of law, and has promoted impartiality, equality and access to justice for all.

I am truly grateful to these four outstanding individuals for their involvement with the University of British Columbia.