Julian Barnes, The Sense of an Ending (Random House Canada, 2011) 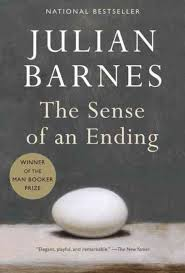 Barnes is a truly great writer, but I do not think that this slim volume deserved the Man Booker Prize.  Characteristic of Barnes is the precise sketching of scene and character, the sense of wistfulness that accompanies all attempts to recreate (or at least to unearth) the past.  The central character, Tony, digs deep into his adolescence to try to understand events that were unfathomable at the time.  I found the book compelling as I read, because Barnes does a masterful job drawing one into the uncertainty and fragility of teen-age experience.  But only weeks later, I found that the novel had slipped away from me, leaving only an impression of clever plotting.