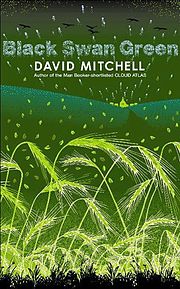 Mitchell is probably best known for Cloud Atlas, now, as they say, “a major motion picture.”  I thought that The Thousand Autumns of Jacob de Zoet (2010) was fabulous. Mitchell’s diversity of subject matter and style is remarkable.  In Black Swan Green he writes in the voice of thirteen-year-old Jason Tyler, who lives in a seemingly boring village in rural England circa 1982.  Jason’s world is falling apart, and he is the subject of cruel taunts and thwarted love.  Comparisons to Catcher in the Rye are inevitable, but the protagonist here is a budding artist who seems to me less angry and more wistful than Holden Caulfield.  There is a strange sense of nostalgia pervading the book, even though Jason is deeply frustrated.  The writing is moving and fresh, with wonderful comic touches.