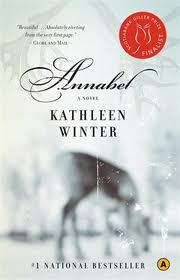 An extraordinarily lyrical novel set in Labrador, St John’s and Boston, the book traces the early life experience of Wayne Blake, a person born with the sexual organs of both man and woman. Marked by a generosity of spirit, and an openness to the complexities of identity, the story follows Wayne’s father as he tries to ensure that his child will be given an easy time in life (by choosing one sex – male), and Wayne’s mother as she longs for the daughter that she knows is present to be allowed to express herself. Wayne comes to see himself as a duality, Wayne-Annabel, the latter part of him-her named after the deceased daughter of one of his mother’s best friends, and a person who tries to help Wayne, with disturbing consequences. Described this way, the plot sounds a tad baroque, but I was moved by the willingness of all the characters to question their assumptions, and by Wayne’s bravery. At times the writing becomes a tad precious, especially in the descriptions of the Labrador wilderness, but the novel is strikingly original, and reveals a promising new talent.