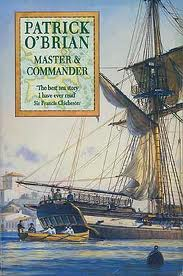 O’Brian is often described as the greatest of historical novelists, mostly because of his superb research and encyclopedic knowledge of the Royal Navy of the eighteenth and early nineteenth centuries. Although he can sometimes descend into excruciating detail (especially about the sails on a square-rigged ship!), what marks O’Brian’s greatness is his gift for rich and complex characters. Although there is lots of adventure on the high seas, some of the most interesting scenes of this, the first in his series of “Aubrey-Maturin” novels, take place onshore amidst the petty politics and personal intrigues of navy commanders. Captain Aubrey is a brilliantly drawn figure of a man where fundamental decency and deep ambition war within. And if you get hooked, there are 19 more novels in the series!