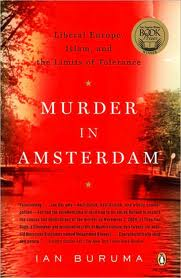 One of the most difficult and troubling books I have ever read. Buruma grew up in Holland, but is half-British and has spent much of his recent years in the USA. He returns to Holland in 2004 to investigate the reasons that may have prompted the murder of controversial Dutch filmmaker, Theo Van Gogh. Van Gogh was a cultural critic of European Islam, filming in parallel to the writings of Somali immigrant, Ayaan Hirsi Ali, who focused her critiques on the role of women in Muslim expatriate culture. Buruma tries to understand Hirsi Ali’s experience, Van Gogh’s sources of anger, and his murderer’s unpredictable and complex motivations. Although the book is subtle and deeply humane, it left me unsatisfied; “understanding” does not seem to lead to any suggested way forward for European societies increasingly marked by cultural conflict.