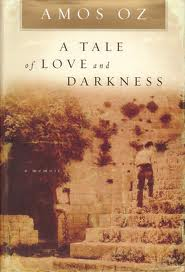 A powerful and lyrical memoir by one of Israel and the world’s great novelists. Probably best known for My Michael and Black Box, Oz tells a story of growing up in the 1940s and 50s in Jerusalem. One experiences a sense of both claustrophobic rigidity and utter liberation. His silent father was also a great linguist and voracious reader. His mother a highly intelligent but deeply lonely person whose suicide changed the course of Oz’s life. He was only twelve at the time. Although the book focuses on his family history, Oz’s setting is the panorama of middle east conflict, and the birth of Israel. The writing is witty at times, but tuned by tragedy, and the resulting work is part Bildungsroman, part political and social history, and part journal of a gifted writer.