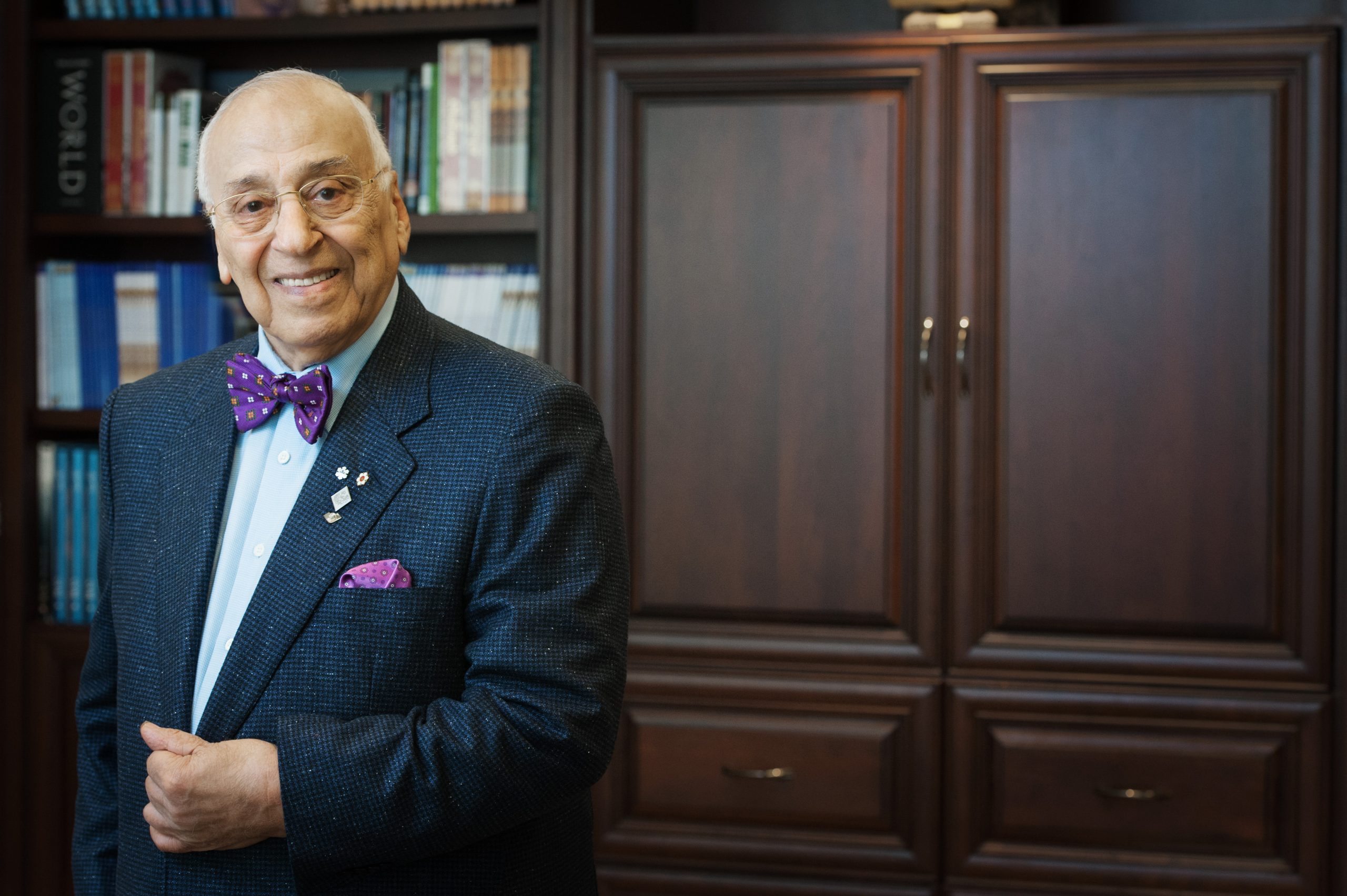 It is with profound sadness and a deep sense of loss that we learned of the passing of Dr. Djavad Mowafaghian. Affectionately called “Dr. M” by those whom he’s helped through his generosity, he was one of Canada’s most visionary philanthropists and a dear friend of UBC. On behalf of the entire UBC community, I would like to express my deepest sympathies to Dr. Mowafaghian’s family.

Guided by his mother’s lessons about kindness and generosity, Dr. Mowafaghian had an immense dedication to the wellbeing of future generations. His life philosophy—that if you help underprivileged children, their entire community benefits—was a driving force behind his philanthropy. In his homeland of Iran, he funded the construction of 26 schools in Tehran’s most impoverished neighborhoods and also invested in health and education projects in Europe, India, Africa, and Haiti.

This spirit of generosity led him to establish the Djavad Mowafaghian Foundation in 2003. The mandate, “helping children around the world through health and education,” was inspired by the earlier teachings of his mother and his own love for children. The foundation has since donated to more than 20 organizations, including UBC, SFU, BC Children’s Hospital, Lion’s Gate Hospital, the Centre for Child Development Foundation, and more.

Dr. Mowafaghian’s incredible generosity leaves a lasting impact on UBC. In 2013, the foundation donated a $15-million gift in 2013 to help build the Djavad Mowafaghian Centre for Brain Health, Canada’s leading brain health research facility. This state-of-the-art centre has since revolutionized neuroscience research and enabled UBC to deliver exceptional clinical care and transform lives. Aligned with their mandate to help children, the foundation has also generously supported numerous initiatives at UBC to help children thrive, including generous gifts toward vital work on early childhood development through the Human Early Learning Partnership, and support of the Djavad Mowafaghian Atrium in the Beaty Biodiversity Museum. This wondrous space, which showcases the museum’s flagship exhibit, the skeleton of a blue whale, is a source of inspiration to encourage children to develop a love and appreciation for the natural world. In recent years, a new era of philanthropy in student support was inspired by the Djavad Mowafaghian Presidential Scholar Award, the first gift to UBC’s Blue & Gold Campaign for Students.

Recognized widely for his kindness and care for children around the world, Dr. Mowafaghian received the Order of Canada in 2013, where then Governor General David Johnston cited him for “creating a culture of kindness.” This followed his induction into the Order of BC in 2012. He also received the Dalai Lama Humanitarian Award, the Queen’s Diamond Jubilee Medal, and honorary degrees from SFU and UBC.

Dr. Mowafaghian will be missed by his many friends at UBC and throughout the community for his vision, kindness, and sense of hope for the future.