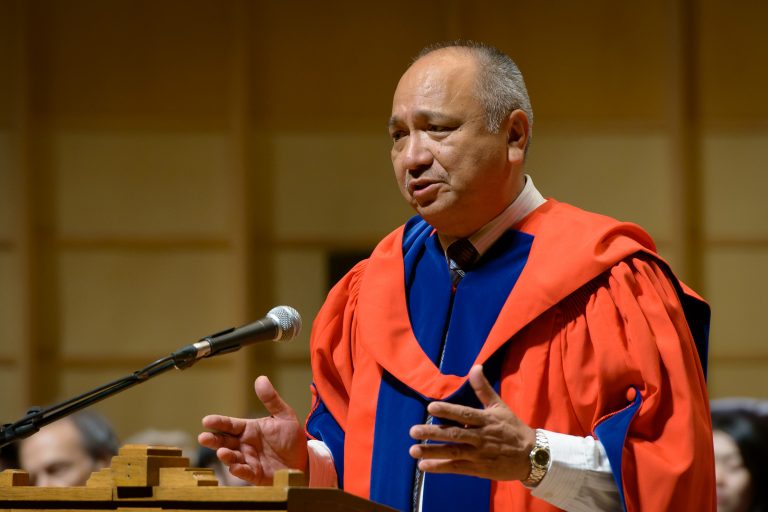 I’m delighted to welcome the Honourable Steven Lewis Point as UBC’s 19th Chancellor. I’d also like to say farewell and thank you to Lindsay Gordon, who has served as Chancellor with great distinction for the past six years.

Dr. Point, who assumes his role on July 1, is not only a UBC graduate and honourary degree recipient, he is the former Lieutenant Governor of British Columbia. He is a member of the Skowkale First Nation and has advocated for Indigenous people throughout his career, pressing for greater recognition of their contributions and their fuller involvement in all aspects of life in British Columbia.

He is a double alumnus of UBC and has retained close ties with the university after receiving his Bachelor of Laws in 1985. He served as director of the First Nations Legal Studies program at the Peter A. Allard School of Law from 1991–1994 and was awarded an honorary Doctor of Laws degree in 2013 for his exceptional commitment in the field of law, legal and Aboriginal education and his leadership in the Indigenous community.

As Chancellor, Dr. Point will act as the honourary head of the university and preside over all major ceremonies and convocations. He will also represent the university in a wide range of events and activities. He also serves as a voting member of both UBC Senates and the Board of Governors.

Informally, the Chancellor is also a great source of guidance and counsel for myself. In the four years I’ve been president and vice-chancellor, I’ve come to rely on Lindsay Gordon’s wisdom and advice, and I consider him a friend. Together, we’ve conferred degrees on tens of thousands of UBC students at graduation ceremonies at UBC Vancouver and UBC Okanagan. I’d like to express my deepest gratitude to him for being an exceptional leader and ambassador for UBC since 2014. His work will continue to positively impact the university for years to come. 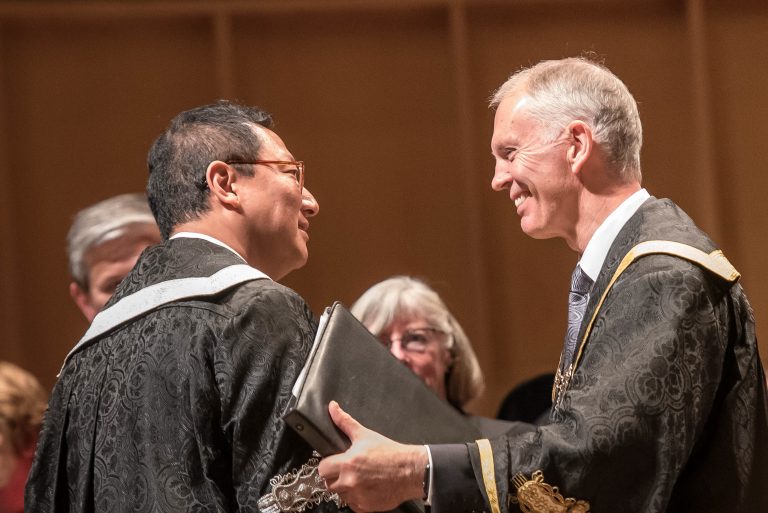 I’m looking forward to working with Steven Lewis Point as well. He’s had a distinguished and inspiring career. In addition to his role as the 28th Lieutenant Governor of British Columbia, Dr. Point has practiced as a lawyer, worked at the Union of British Columbia Indian Chiefs and in the Department of Employment and Immigration, served as a provincial court judge and the Chief Commissioner of the British Columbia Treaty Commission and chaired the advisory committee that worked to implement the recommendations from the Missing Women Commission of Inquiry.

Dr. Point is also a recipient of the Queen Elizabeth II Golden and Diamond Jubilee Medals, the Order of B.C, the Joseph H. Cohen Award from the Justice Institute of British Columbia Foundation, a National Aboriginal Achievement Award, the Order of Chilliwack, and honourary Doctorate of Laws degrees from the University of the Fraser Valley and Capilano University.

We are truly honoured that he has agreed to serve as Chancellor of UBC.