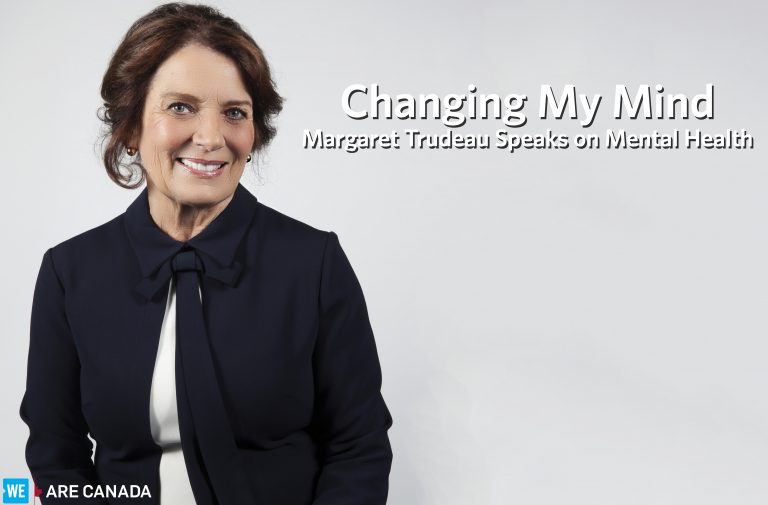 Earlier this month I had the privilege of introducing Margaret Trudeau at a talk she gave in downtown Vancouver on mental health.

Trudeau – the former wife of Prime Minister Pierre Trudeau and the mother of the current prime minister, Justin Trudeau – had the audience spellbound as she frankly and courageously described her own struggles with depression and bipolar disorder.

When she wrote her memoir, Changing My Mind, in 2010, Trudeau noted that three million Canadians suffered from serious depression and that only cardiac disease does more damage and draws more dollars from the health care budget than mental illness.

Almost a decade later, not much has changed. Depression is still far too prevalent, especially among young Canadians, and many of those who suffer from it are reluctant to come forward because of the stigma attached to mental illness.

As Trudeau notes, “the stigma that surrounds mental illness means that no one likes to think that his or her mind is not functioning as it should. We accept that our lungs or livers may not be perfect—why not our brains?”

As you may know, I have suffered from depression myself. Twice, first as an adolescent and later as a young man, I tried to take my life. I struggled with mental health issues throughout my youth and young adult life.

Like Margaret, I was diagnosed with Bipolar Disorder, a mental disorder that, as she notes, inflicts a multi-billion-dollar economic burden on the nation every year.

I was lucky to get the help I needed. But not everyone is so lucky, which is why it is important for society – and for institutions such as universities – to provide supports for those suffering from mental health issues.

In her book, Margaret speaks of the importance of nurturing the body, mind, and spirit. This is something we emphasize at UBC.

We encourage students to balance their rigorous academic lifestyle with walking and stretching, getting enough sleep, eating well, volunteering and spending time with family or friends.

UBC offers a variety of resources to support students’ psychological and physical well-being, wherever they fall on the emotional spectrum. You can find more information at https://students.ubc.ca/health/health-topics/depression.

Universities have a larger role to play as well, which we recognize here at UBC. For example, our Faculty of Education is working towards closing the gap in educator knowledge in order to address the numerous mental health challenges facing youth today.

But it’s not just universities and other institutions. Individuals have a role to play as well. One of the most important things we can all do is to de-stigmatize mental illness and encourage and support those who suffer to come forward. (Here

Margaret Trudeau is one of the leaders in this effort.

By courageously sharing her story – through her book and through public appearances such as her talk this month – Trudeau hopes, as she puts it in her book, “to inspire those suffering from mental illness to find the courage to face their own realities and find the words to call for help.”