Office of the President
Home / Homepage Feature / 2018 / October / 15 / His Highness the Aga Khan: An inspiration to us all

His Highness the Aga Khan: An inspiration to us all 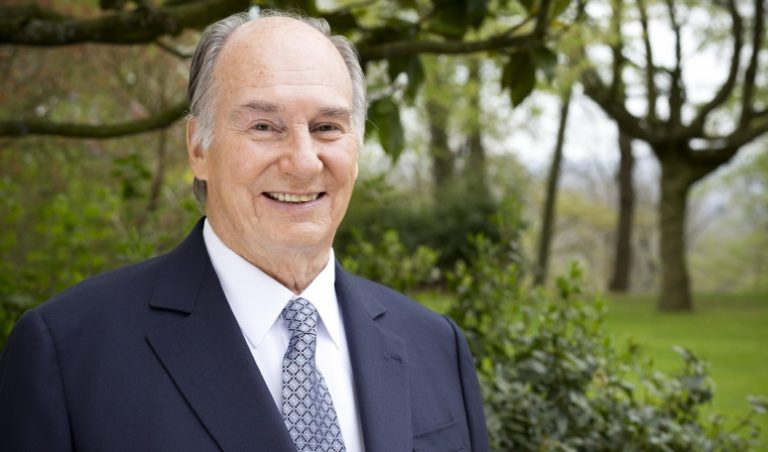 His Highness the Aga Khan, 49th hereditary Imam of the Shia Ismaili Muslims and founder and chairman of the Aga Khan Development Network (AKDN).

Later this week, the University of British Columbia and Simon Fraser University will present His Highness the Aga Khan with a joint honorary doctorate of laws degree—the first joint honorary degree conferred by the two universities together.

The honorary degree, which will be conferred during a special ceremony on Oct. 19, is being awarded in recognition of the Aga Khan’s lifelong service to humanity.

His Highness Prince Shah Karim Al Hussaini is the 49th Imam of the Shia Ismaili Muslims, a position that he has held for more than 61 years. In that role, he is the spiritual leader of the global, multi-ethnic community whose members are spread among more than 25 countries, including Western-Central Asia, South Asia, Africa, the Middle East, Europe and North America. There are more than 100,000 Ismailis in Canada, alone.

Best known for the good works of the Aga Khan Development Network, which invests close to  $1 billion a year in health, education and cultural development projects around the world, the Aga Khan has demurred when people called him a philanthropist, saying rather that it is central to his mandate that he use his office to improve the quality of life not only of the Ismaili community but of all the world’s most vulnerable.

The Aga Khan has received honours and awards from around the world, including an honorary Canadian citizenship and membership in the Order of Canada as an Honorary Companion.

As the leader of the Ismaili Muslims, he continues to distinguish himself as a champion of pluralism, always emphasizing the view of Islam as a thinking, spiritual faith – one that teaches compassion, advocates for the needs of the most vulnerable, and upholds the dignity of humankind.

UBC has many ties with His Highness the Aga Khan. We are proud to have partnered with the University of Central Asia (UCA), founded by the Aga Khan, in developing course material for the UCA program in Earth and Environmental Science. Similarly, we have helped the Aga Khan Academy gain recognition for its Teacher Preparation Programme and we have collaborated with the Aga Khan Music Initiative in cultural and artistic presentations. Each such collaboration also increased our regard for the work and influence of His Highness the Aga Khan. At a time when the causes of international education, human development and pluralism are all in need of strong leadership, the Aga Khan consistently exhibits a strong hand, guiding and supporting his own community and setting an example of exceptional moral leadership for the world.

UBC has been an eager partner and a fortunate beneficiary of the efforts and generosity of the Ismaili community, from Aga Khan University President and former UBC Governor Dr. Firoz Rasul to members of the Ismaili Students Association. We are proud to honour the Aga Khan, in thanks, in admiration and in anticipation of greater collaborations to come.