During this forum, Professor Ono hosted a discussion about new discoveries which impact our world in the areas of brain health, robotics, music and mathematics. 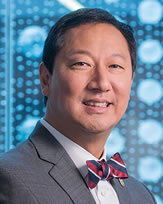 Born in Vancouver, Dr. Ono earned his BA in Biological Science at the University of Chicago and his PhD in Experimental Medicine at McGill University. His principal research interests focus on the immune system and eye disease.

Early in his career, Dr. Ono held a variety of teaching, research, and administrative positions at the Johns Hopkins School of Medicine, Harvard Medical School, and University College London. He served at Emory University as Vice Provost for Academic Initiatives and Deputy to the Provost, and subsequently as Senior Vice Provost for Undergraduate Academic Affairs. He then moved to the University of Cincinnati, where he held the position of Provost before becoming President in 2012. Under his leadership, the University of Cincinnati recorded the largest enrollment in its history and received numerous accolades, including being named Public University of the Year by the Washington Center.

In July 2016 Ono moved to Vancouver to become the 15th President and Vice-Chancellor of the University of British Columbia.

He was elected a Fellow of the American Association for the Advancement of Science in 2012, inducted as a member of the National Academy of Inventors in 2014, and inducted into the Johns Hopkins University Society of Scholars in 2015.

Ono and his wife Wendy Yip, an accomplished scholar in her own right, have two daughters. 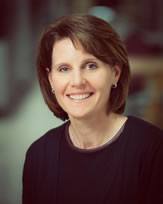 Dr. Lara Boyd is the Canada Research Chair in Neurobiology of Motor Learning, a Michael Smith Foundation for Health Career Investigator, a Peter Wall Scholar, and a Professor in the Department of Physical Therapy, at the University of British Columbia.  She is a Neuroscientist and Physical Therapist. Dr. Boyd directs the Brain Behaviour Lab at the University of British Columbia and has published over 100 peer-reviewed papers. Her work is centered on answering the question of what limits, and what facilitates, neuroplasticity.  Dr. Boyd also serves as the Health Research Advisor to the Vice President for Research at UBC and is UBC’s delegate to the Canadians Institutes for Health Research.

After this talk your brain will not be the same

Our knowledge of the brain is evolving at a breathtaking pace. In this talk, Dr. Boyd will explain how research into brain plasticity has altered our understanding of behaviour, is changing how we facilitate recovery after brain damage, and could be used to revolutionize education and optimize learning.

Elizabeth A. Croft, Ph.D., P.Eng., Fellow Canadian Academy of Engineers, Fellow Engineers Canada, Fellow American Society of Mechanical Engineers, is a Professor of Mechanical Engineering and Associate Dean, Education and Professional Development for the Faculty of Applied Science at UBC.  As director of the Collaborative Advanced Robotics and Intelligent Systems (CARIS) Laboratory at UBC, Dr. Croft’s research investigates how robotic systems can behave, and be perceived to behave, in a safe, predictable, and helpful manner, and how people interact with and understand robotic systems. Applications of this work range from manufacturing assembly to healthcare and assistive technology. Elizabeth has received numerous awards including a Peter Wall Early Career Scholar award (2001), Engineers Canada Award for the Support of Women in the Engineering Profession (2006), an NSERC Accelerator award (2007), and WXN’s Top 100 Most Powerful Women in Canada (2014).

Discovering what it means not to be human

Personalized robots – autonomous and interactive – whether they are in the form of a self-driving car, a personal assistant, or a knowledgeable guide, form a category that sit between programmed devices (like vending machines) and people.  As we imbue these creations with powers of decision making and action in increasingly unstructured circumstances, we open up a realm of questions about safety, responsibility, rights, decision making and ethics.  Answering these questions requires robot designers to work together with ethicists, policy makers and legal scholars, among others, to wrestle with the reality of the non-human being. 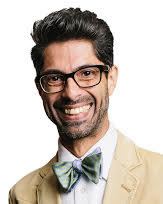 Hussein Janmohamed is a Toronto-based singer, composer and music director dedicated to intercultural understanding and harmony through music. Music has been a pathway for him to stand up to racism and contribute a unique voice to Canada’s musical landscape. He has conducted the Vancouver Peace Choir, UBC choirs and most notably the Vancouver and Canadian Ismaili Muslim Youth Choirs. Hussein has performed with the Elmer Iseler Singers, Chor Leoni, UBC University Singers and the UBC Opera Ensemble. His compositions and work with professional ensembles and diverse communities continues to break musical boundaries and make spaces for peaceful dialogue. Hussein recently established the Awaaz Vocal Ensemble and is pursuing doctoral studies in music education at the University of Toronto. His research explores how composition can enable marginalized voices to bridge identities and contribute their voice to society. Hussein has been recognized for his inspirational leadership and sustained contributions to choral music, education and community development.

In a fast paced interconnected world, societies are looking for ways to establish intercultural understanding and dialogue. Music transcends perceived barriers and invites discovery, exploration and conversation. This talk discusses a choral music perspective on how diverse peoples in a plural Canada can shape their collectives futures.

Ken Ono is the Asa Griggs Candler Professor of Mathematics at Emory University. He is considered to be an expert in the theory of integer partitions and modular forms. He has been invited to speak to audiences all over North America, Asia and Europe. His contributions include several monographs and over 150 research and popular articles in number theory, combinatorics and algebra. He received his Ph.D. from UCLA and has received many awards for his research in number theory, including a Guggenheim Fellowship, a Packard Fellowship and a Sloan Fellowship. He was awarded a Presidential Career Award for Science and Engineering (PECASE) by Bill Clinton in 2000 and he was named the National Science Foundation’s Distinguished Teaching Scholar in 2005. In addition to being a thesis advisor and postdoctoral mentor, he has also mentored dozens of undergraduates and high school students. He serves as Editor-in-Chief for several journals and is an editor of The Ramanujan Journal. Ono was also an Associate Producer for the 2016 Hollywood film “The Man Who Knew Infinity” which starred Jeremy Irons and Dev Patel.

The Man Who Knew Infinity: The Legacy and Legend of Srinivasa Ramanujan

One hundred years ago Srinivasa Ramanujan – an impoverished Hindu college dropout—introduced himself to the history of human thought. Although he died at 32, the formulas he left behind form the groundwork for entire areas of mathematics whose range of applications includes black hole physics, pure mathematics, and theory which helps power the internet. To mathematicians and scientists, Ramanujan symbolizes pure inspiration, the sort of creative flights more often associated with musicians or artists. The story of Ramanujan provides a modern archetype, the rise from humble conditions to the world’s center-stage that modern-day India itself exemplifies. But what makes Ramanujan’s story worthy of a mass audience?